I like anime, so it's only normal I would have an account at MyAnimeList.net right?! I do, but for a while now the site has been deteriorating. The stability isn't what I'd like it to be, and being someone who rarely puts their data on other servers, I felt it was finally time to move away from MyAnimeList.net.

Over the course of about 10-12 hours I developed my own anime list application. Built from the ground up using PHP and MySQL and some fancy-dancy Javascript I now host my own anime list. At it's core it's very similar to MyAnimeList.net however it's been trimmed down and most noticeably doesn't really include many community oriented features. Why? Because I rarely if ever used those features and I wanted to build an application that suites me and my needs. I really only care about keeping a list at this time to keep track of anime I am watching, or have watched, or dropped, etc...

While it's not available for public use at this time, I may consider implementing an invite feature which would allow me to invite some of my friends and in turn they could invite some of their friends. I am still working on backend features, such as searching, adding anime into the database and checking over the current code for catching various types of errors.

I've imported my list in it's entirety to my new applications and will hence using MyAnimeList.net from this point on. I wish them nothing but the best of course, and I have no doubt in my mind, with a little TLC

they could be better then ever. For now, enjoy some screenshots: 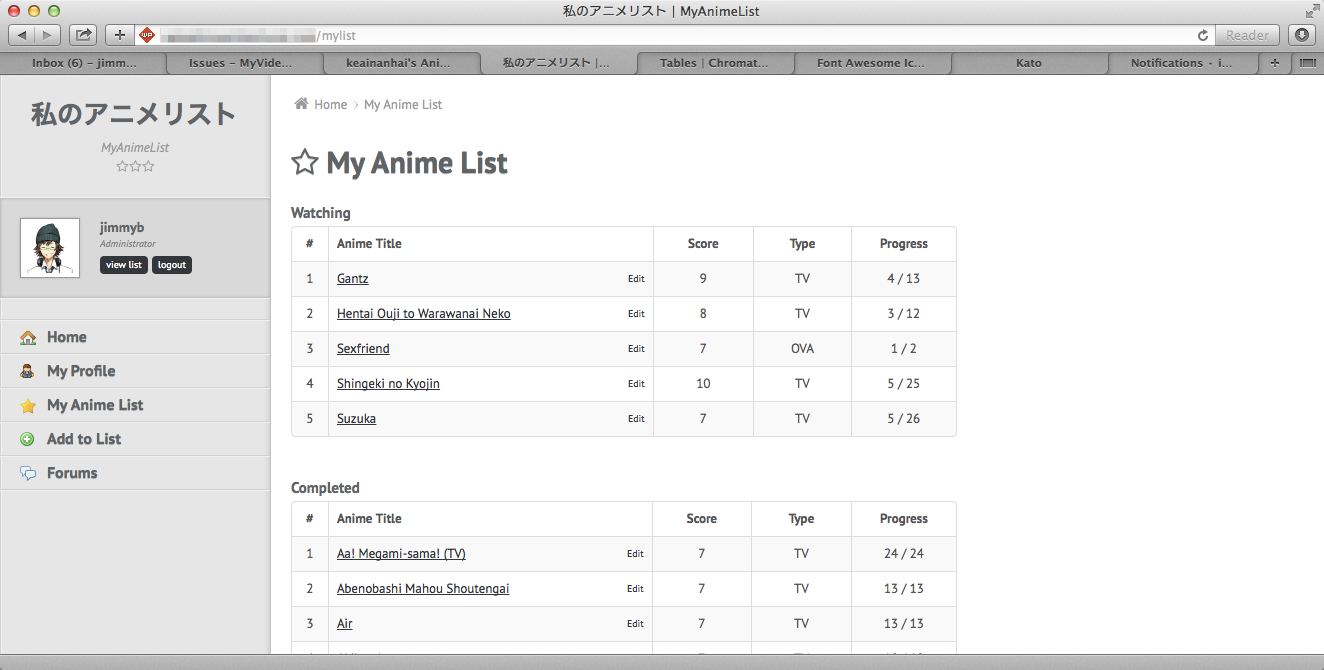 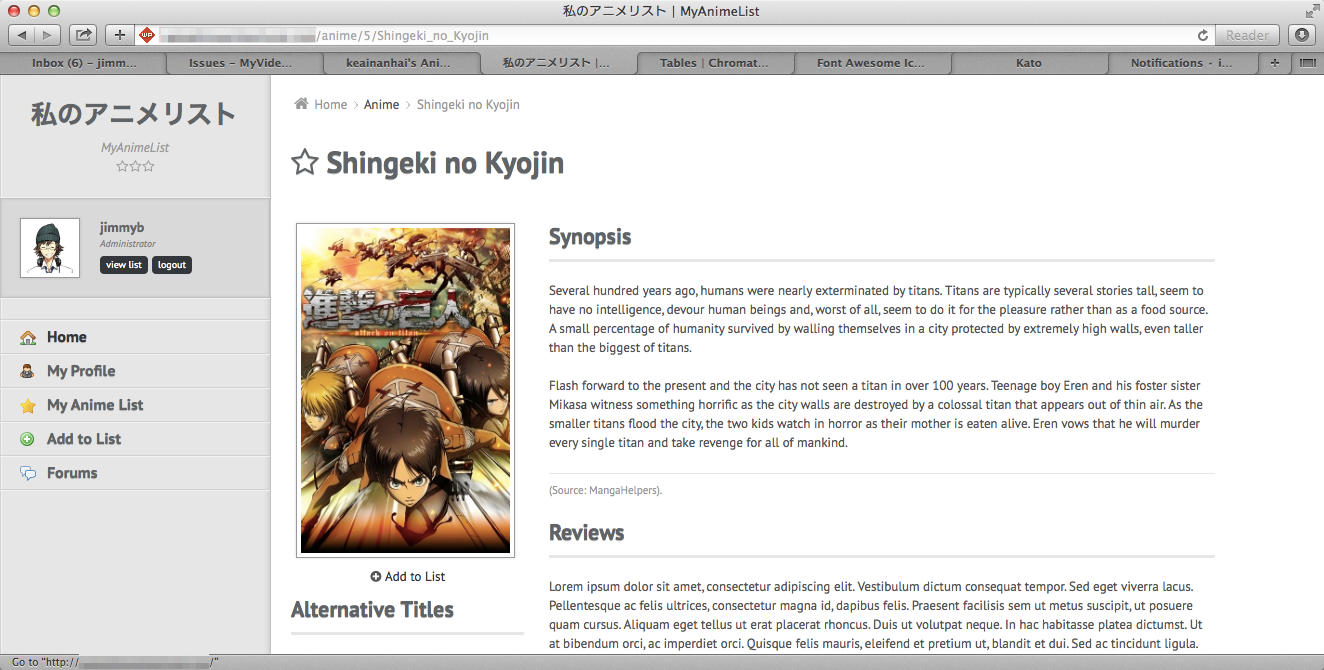